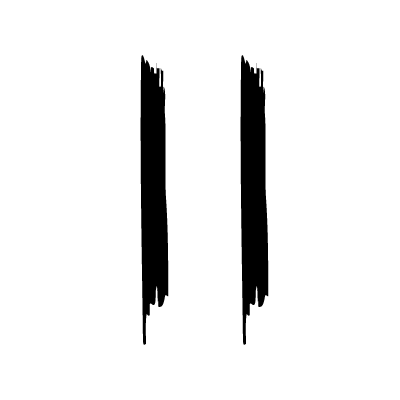 I didn’t meet my life partner until 2009 was I was 38-years old. I was very aware my body clock was ticking but I just hadn’t met the right one. I was told by a previous boyfriend I had ‘probably missed that boat’.

Within a year we knew we were for keeps. We decided to try to conceive and get married later. You can get married at any age, but my childbearing time was rapidly running out. I assumed naively that getting pregnant could be tricky but once you were pregnant it was a given that you would have a baby.

I couldn’t have been more wrong. Getting pregnant was just the beginning of our fertility problems. I conceived fairly quickly for the first time in October 2010 when I was 39. At 8 weeks, I started to bleed. I knew something was wrong, but it took three trips to the GP before I persuaded them to send me for a scan.

Getting pregnant was just the beginning of our fertility problems.

The sonographer shrugged her shoulders and said: “There isn’t anything there”. I sat in a waiting room to see the Consultant, it was full of pregnant women, and women with scan pictures. This was my first ectopic pregnancy. It was treated conservatively, and I spent months traipsing backwards and forwards for check-ups.

We waited to conceive again. We got engaged. I had a laparoscopy and dye test. My fallopian tube was blocked and removed. We moved to Dorset in 2011 because my partner got a job in Poole. Ironically, he is an Obstetrics and Gynaecology consultant. In 2012, I got pregnant again, I was 41. I bled again. This time the other fallopian tube ruptured, and I was rushed into emergency surgery.

With no tubes  left, our only option was IVF. I wasn’t entitled to NHS treatment because of my age. We started IVF in Sept 2012. I was given an 11% chance of success based on my age. We had enough eggs for three rounds of IVF in Salisbury Two failed. One miscarriage.

After a lot of research, heart-searching and meetings about adoption, we decided to travel to Spain for IVF treatment using donor eggs. We had two embryos transferred. At the time this was acceptable practice and seemed to us to be upping our chances. Round 4 was successful. At 8 weeks we had a private scan and found out it was twins. It was an exciting few weeks.

At the 12 week scan, we discovered one of the twins had a raised nuchal translucency and there were problems with other organs. Her name was Elsie and she died at 20 weeks. It is likely Elsie had a Trisomy, an abnormal number of chromosomes, but she was never tested, so we never got an answer. Despite all this, a leak of amniotic fluid at 28 weeks and a hospital stay – the other twin Esme survived. I gave birth to both twins by caesarean section in July 2014 when I was 43. We were able to see, hold and say goodbye to Elsie. Esme was born perfect. We began our life as parents.

In 2015, the clinic in Spain called to explain a baby boy conceived at the clinic using the same egg donor as us – had sadly died. He had a very rare genetic chromosome disorder called L1Cam which occurs in boys and is carried by girls. The egg donor was tested and was a carrier. My daughter Esme and husband were tested. Esme had a 50% chance of being a carrier. It was a tricky time waiting for the results. We were devastated to find out Esme is a carrier.

We had genetic counselling in Southampton. Esme is healthy and fine but will need help when she comes to have a family if that’s what she chooses. Again, this caused a lot of soul searching as I felt it was my fault and I wouldn’t wish having a fertility problem on anyone, especially my daughter.

In 2016, when I was 45 we embarked on round 5 of IVF. All five remaining frozen eggs were tested for L1Cam and a whole host of other things. Only one made it to transfer. Round 5 failed.

After more soul searching, we selected a different clinic in Spain. Round 6 failed. Round 7 was successful. At 8 weeks a scan revealed twins. At 12 weeks one twin had died. Theo was born in 2017 when I was 46. He is perfect.

We have done some training with the Donor Conception Network about how to speak to the children about how they were conceived. They are a great organisation. We will do some genetic counselling with Esme once she’s is old enough to ask questions about her condition.

Our fertility journey took 7 years, cost well over twenty-five thousand pounds and had a very negative impact on my career. But my husband and I are as strong as ever and we have two beautiful happy healthy children. Despite our journey, we are the lucky ones – we know that IVF doesn’t work for everyone, especially for women of my age.

Sally is an Interior Designer, Artist and Maker. She lives in Dorset.

The News in Brief

Reproductive immunology. Let’s talk about uterine natural killer (uNK) cells.
Almost all women who have walked into a fertility clinic will have had a measurement of endometrial thickness. A transvaginal ultrasound measures the white stripe in the centre of the uterus from one surface to the other. But is this measurement useful?
Why does IVF fail? Let’s talk about the endometrium.
An embryo must implant into the endometrium after it is transferred to the uterus. This window of implantation is a short amount of time where the endometrium needs to be receptive to the embryo.
At five months Pipper Vosper went into hospital and had her baby. Read about her story in the Evening Standard. Link via our website.
In our latest article we look at why IVF doesn’t work and how embryo quality is responsible for a significant number of unsuccessful cycles.
Patients who have been unsuccessful want to know why it didn’t work. A definite explanation as to why it failed is impossible to provide in most cases. However, we think the most common cause of IVF not working a problem with the embryo.
Motivation Monday.
“Last month, the government published their long-awaited Women’s Health Strategy, heralding it as a “landmark strategy” to “right the wrongs” and “end the injustices” that are systemic in so many areas of women’s health.
How long does it take to get pregnant?